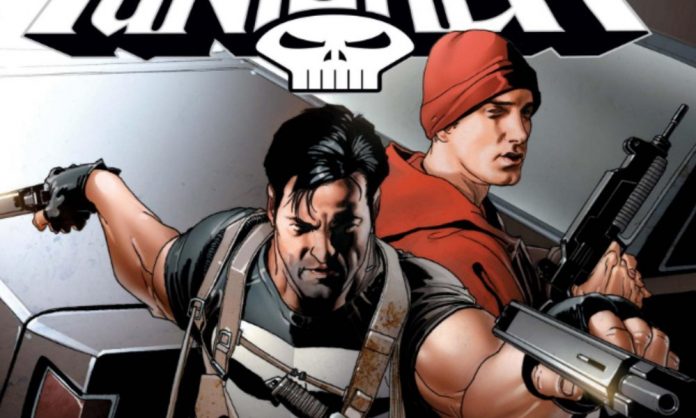 Like many Marvel fans, Eminem was pretty gutted at the news that The Punisher was cancelled on Netflix this week.

Grammy Award-winning rapper Marshall Mathers was particularly vocal about his displeasure. Yesterday, the rapper — known to most as Eminem — posted on Twitter that Netflix was “blowing it” by axing the series.

Netflix officially severed its relationship with Marvel Television earlier in the week by officially revealing it’s cancelled The Punisher and Jessica Jones. Even though fans anticipated the move, it was still stings, and now, a pretty popular musician is upset at the cancellation, telling Netflix that they were “blowing it” over cancelling the series.

A longtime fan of the Marvel Comics character, Eminem starred in 2009 digital comic Eminem/The Punisher by Fred Van Lente and Salvador Larroca. The comic saw the two figures come to blows before realizing they had a common enemy in the popular Punisher villain Barracuda.

Moments before Punisher‘s cancellation was officially announced, Bernthal took to Instagram to say it was an “honor to walk in [Punisher’s] boots.” He added that he is “endlessly grateful to the comic fans and the men and women of the Armed Services and law enforcement community who Frank means so much to.” He also thanked the USMC and the soldiers who trained him for his role in Punisher.