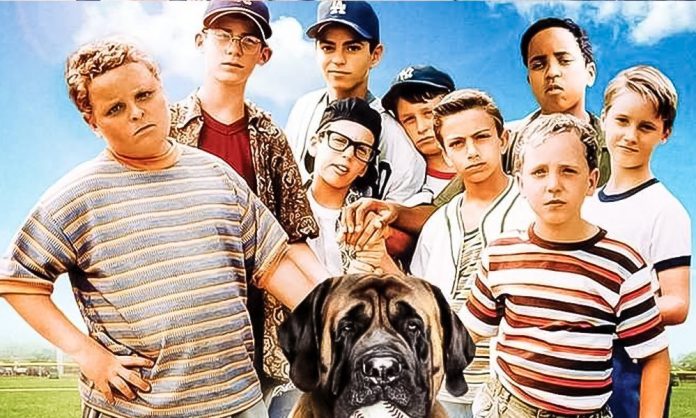 The Sandlot is getting its own TV show on Disney+ with the original film’s director returning.

David Mickey Evans, the co-writer and director of the 1993 film, is attached to write and executive produce the series. It is said to take place in 1984 and would focus on the children of the original characters.

The first “Sandlot” film took place in the summer of 1962 and followed a group of friends who spent their days playing baseball while also dealing with a menacing dog that lived next to the titular sandlot that they referred to as The Beast. The film starred Tom Guiry, Mike Vitar, Karen Allen, Denis Leary, James Earl Jones, Patrick Renna, Chauncey Leopardi, Marty York, Brandon Quintin Adams, Grant Gelt, Shane Obedzinski, and Victor DiMattia. It grossed just over $33 million at the box office and has gone on to become a cult classic.

In an interview earlier this year on The Rain Delay podcast, Evans stated that many of the original cast members would return for the series and that he was near a two-season deal. Evans is also working on a “Sandlot” prequel film with Austin Reynolds, with that film said to take place in the 1950s.

Fans have been waiting for a true sequel to The Sandlot for years.  Having the series come to Disney+ is an intriguing revelation since The Sandlot was originally distributed by 20th Century Fox (which Disney of course recently acquired). With The Sandlot TV show landing at Disney+, fans are no doubt wondering what Disney has planned for other popular franchises.