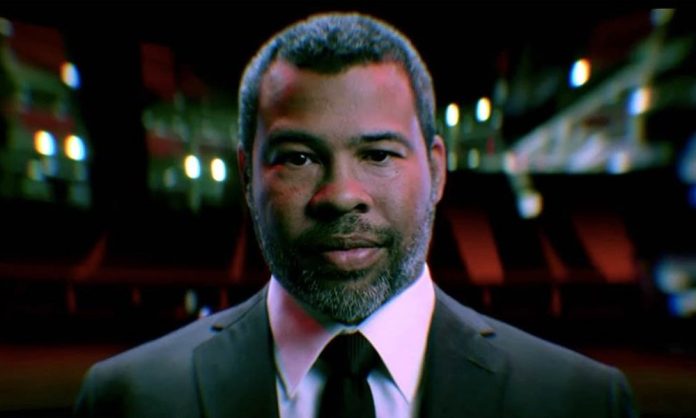 The first teaser for Jordan Peele’s reboot of The Twilight Zone debuted during the Super Bowl while a new full-length trailer has given us our first looks at footage from the new episodes. Check out the new trailer below and catch the series premiere on CBS All Access on April 1st.

Each episode will be self-contained and center around a different person dealing with supernatural elements affecting their lives. Some stories seem to be more personal in scope, while others carry implications for the world at large. Among the people who make an appearance here are Adam Scott, Kumail Nanjiani, Sanaa Lathan, Greg Kinnear, Steven Yuen, Jacob Tremblay, Allison Tolman, and Tracy Morgan, along with (naturally) Peele himself.

The trailer doesn’t dive all that deeply into the plots of The Twilight Zone’s individual episodes so much as it offers a primer of what to expect, as far as the series’ visual style and sense of atmosphere is concerned. That being said, we already know that Scott is starring in a remake of the classic Twilight Zone episode “Nightmare at 20,000 Feet”, where William Shatner played an anxious airplane passenger who’s the only one able to see a monster that’s tearing one of the plane’s wings apart. The trailer provides a few glimpses of the episode in question, including shots that show Scott both panicking aboard the plane and (seemingly) alive and safe on the ground below.

So far, The Twilight Zone revival appears to be a combination of classic episodes re-imagined and brand-new stories that draw on elements of horror, satire, mystery, sci-fi, and just about everything else under the sun, much like the original series did under Serling’s watch. It’s looking pretty great too and might just be the thing that finally gets those who’ve been holding out to cave in and buy a subscription to CBS’ streaming service.

(Watch the Full Trailer For The Motley Crue Movie ‘The Dirt’)