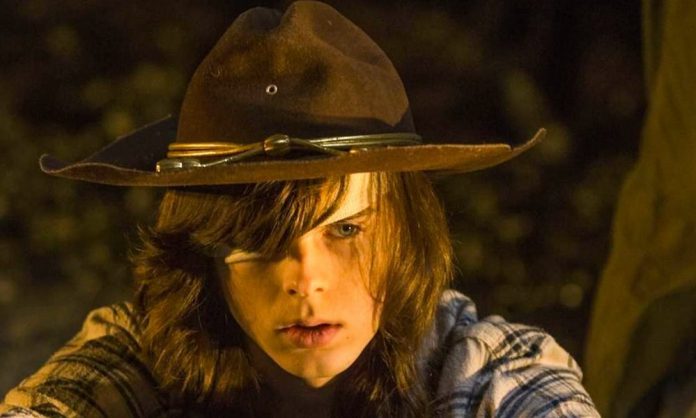 Actor Chandler Riggs announced Monday on social media that he booked his first television role since his character was killed off during The Walking Dead in 2018.

“Four days ago I was almost unemployed for a full year,” Riggs tweeted. “Right now I’m sitting on the set of Season 1 of an incredible TV show for my first day of work. Life changes really drastically really quickly.”

Riggs has yet to reveal details surrounding the project or the role he’s playing.

Riggs began his role of Carl as a young child when The Walking Dead premiered in 2010. He held the role until Carl’s death in Season 8 – which aired during February of 2018. The character ended up with an incurable walker bite on his midsection and committed suicide before he could succumb to the virus.