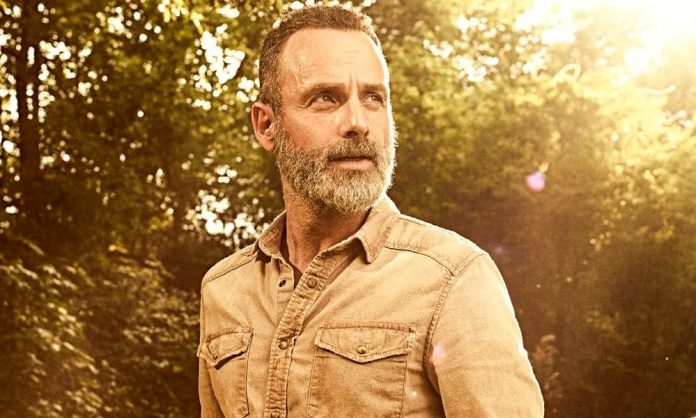 Fans of AMC’s The Walking Dead are still asking the big question, where is Rick Grimes? The search for Rick’s body continues, only this time it’s not just on the TV series, but on a milk carton promoting the franchise’s mobile game, The Walking Dead: Our World.

On Tuesday night, The Walking Dead shared a new image on Twitter depicting the heroic Sheriff Grimes on a milk carton, getting his face out to the public in hopes that he will be found.”Have you seen this man,” asks the tweet. “Find Rick Grimes in TWD: Our World.”

Rick Grimes may no longer be the leading man of AMC’s The Walking Dead, but that doesn’t mean he’s completely gone from the franchise as a whole. Lincoln’s character is getting his own trilogy of feature films on AMC,

On the actual Walking Dead TV series, Rick was last seen gravely wounded being flown away with Jadis (Polyanna McIntosh) on that mysterious helicopter that has been the subject of intense speculation since it first popped up early in season 8. The common thought is that it’s from the Commonwealth, a city of more than 50,000 residents that is the subject of the current arc in the comic book version of “The Walking Dead.”

The Walking Dead: Our World is a location-based augmented reality mobile game that allows roaming users to not just kill zombies, but to also collect characters from the franchise as well. It’s a great piece of marketing, especially as it speaks to one of Season 9’s major talking points — the body of Rick being missing after he sacrificed himself in the fifth episode, titled “What Comes After.“

The Walking Dead television series returns for the back half of its ninth season on February 10, 2019 at 9 pm ET. Fear the Walking Dead will return for its fifth season in 2019.