Home TV News Deathstroke and Ravager To Join The Cast Of Titans: Season 2 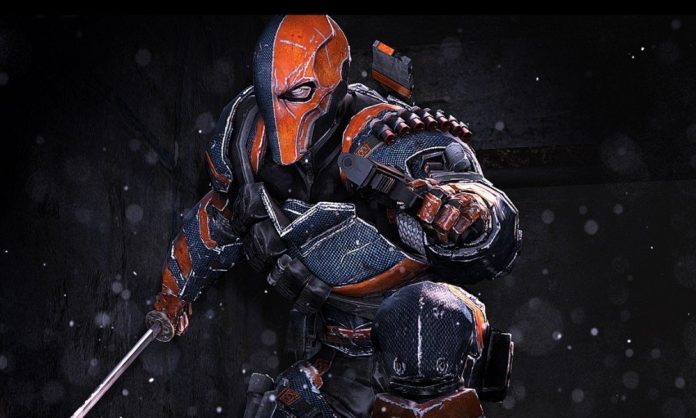 Earlier this week, a casting call suggested the son of Deathstroke, Jericho, will be one of the newcomers in the second season of DC Universe’s Titans. Now, That Hashtag Show reports the DC series is also looking to cast Slade Wilson (Deathstroke) and Rose Wilson (Ravager).

The Deathstroke casting call is looking for Latin, Asian, or Caucasian men between the ages of 40 and 55. Whereas Rose Wilson should be a mixed Latin or mixed Asian actress between the age of 18 and 22. The site doesn’t confirm whether or not Ravager will follow her comic book origins though – being the illegitimate child of Wilson and Lillian Worth.

According to the outlet, Deathstroke will be introduced as a military man who tore his family apart with his demanding behavior. Forced into early retirement, Deathstroke seeks revenge against those who’d betrayed him.

In contrast, Ravager is described as “a strong, yet damaged woman looking to put her past behind her and find a new family to replace the one that her father destroyed.” Considering Ravager’s comic book counterpart has been depicted as both an enemy and member of the Teen Titans, it will be interesting to see how she fits into the show’s dynamic. Either way, expect to see an equally different version of the character than Summer Glau’s Arrowverse iteration.

First appearing in 1992’s Comic “Deathstroke: the Terminator #15”, Ravager is the daughter of Slade Wilson and Lillian Worth. Working as the headmistress of a Bordello in the Siem Pang Wat in Cambodia, Lillian was the subject of a search-and-rescue operation led by Colonel Slade Wilson. The two became lovers, resulting in Lillian’s pregnancy. Lillian never revealed to Slade she was pregnant and never told Rose who her father was. Over the years she has been a member of the Titans and also acted as an antagonist of the team.