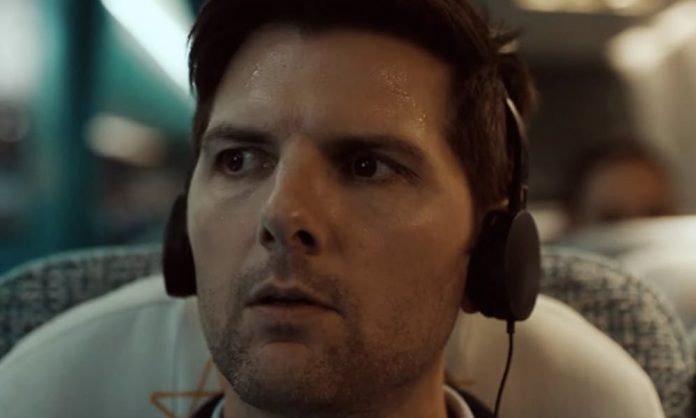 With Twilight Zone set to once again haunt audiences beginning on April 1st, CBS All Access has unleashed a pair of episode trailers giving a taste of the creepiness to come.

The first clip focuses on “Nightmare at 30,000 Feet” directed by Greg Yaitanes. The title brings to mind the original series’ “Nightmare at 20,000 Feet”, the iconic episode that saw William Shatner being terrified by a gremlin on the wing of his plane. While there are no signs of gremlins in this trailer, there’s no telling who, or what, Adam Scott’s character sees or who he might be talking to.

The second trailer reveals “The Comedian”, starring Nanjiani as a struggling comedian who makes a deal for laughs with Tracy Morgan, who may or may not be the devil. See both clips below:

Executive produced and hosted by Jordan Peele, The Twilight Zone is slated to premiere on April 1 on CBS All Access, 60 years after the premiere of the original series on CBS.