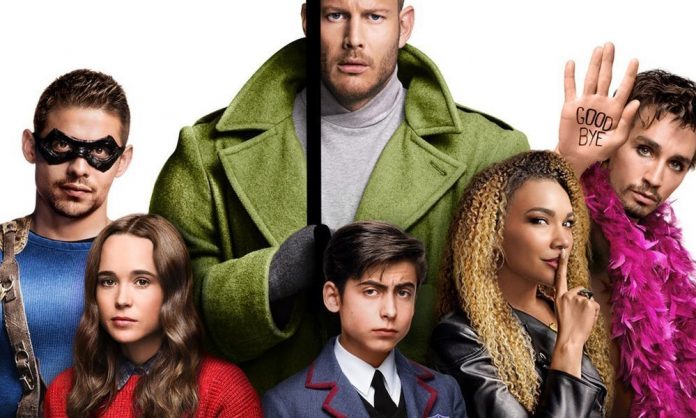 Netflix is already prospecting locations for the second season of The Umbrella Academy.

Premiering on Netflix last month, The Umbrella Academy quickly became the “biggest digital show in the US,” and it’s only grown more popular since then. And since the series ended with such a big cliffhanger, fans have been waiting for confirmation of the superhero series’ next season.

Therefore, it should come as good news to know that work on The Umbrella Academy Season 2 has already begun. In fact, according to a SreenRant report, Netflix is already shopping for shooting locations for the series’ next chapter.

“Residential properties, farms and farm houses, in rural Southern Ontario have received letters of interest in using the premises as a re-occurring location for The Umbrella Academy season 2,” Screen Rant confirms. “The letter’s listed address is from Cinespace Studio, which has reportedly rented over 150,000 square feet of space from Netflix’s new downtown Toronto-based studio.

As Season 1 of the series was shot predominantly in the Toronto and Hamilton area, shooting that takes place outside of the cityscapes featured in the series will likely to be within commuting distance to the main sets. Close observers may have noticed the use of the University of Toronto campus or the historic concert venue Massey Hall.

There are several possibilities regarding how a rural landscape could play into the second season of the show. The origin of Sir. Reginald was only briefly explored in the last episode of the first season, making it more than likely that the story of his ascension to an eccentric billionaire will be expanded upon. Little has been mentioned about the rest of the 43 supernaturally born children born, and it remains to be seen if the characters or any of their histories will make their way into future episodes. Finally, it’s unknown whether or not hitman Hazel (Cameron Britton) will continue to be on the run from the Commission, or if his former partner Cha Cha (Mary J. Blige) will stay dead with the interfered timeline.

The Umbrella Academy has received extensive praise for its ability to take the source material in its own direction, while maintaining its tone. It likeliest that fans of the comics will best be able to predict the next major plot points, but the creative team, which includes Way and Bá, will continue to be priortize innovative storytelling.