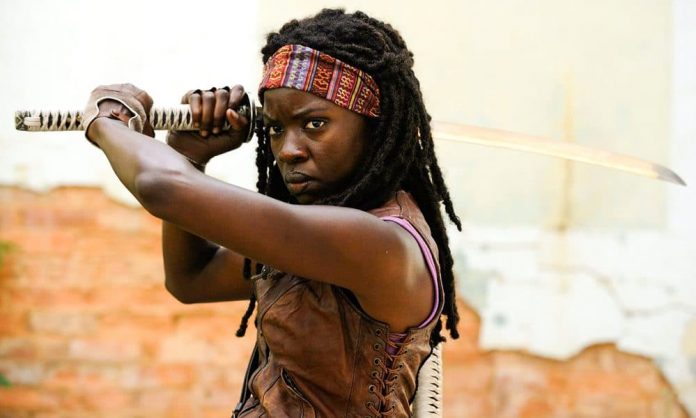 Another major character is set to depart The Walking Dead as Danai Gurira, who plays Michonne, will leave the AMC series in season 10.

Gurira has been a key part of the series since her debut as Michonne in Season 3 and has taken over as the main protagonist since Rick Grimes’ (Andrew Lincoln) goodbye earlier in Season 9. The character Michonne quickly became a fan favorite with her signature katana and ability for staying cool at all times.

Michonne will be the third major character to leave the series in recent seasons with the death of Carl Grimes (Chandler Riggs) in Season 8 and the departure of Rick in Season 9. THR reports that Danai Gurira has signed a deal to return for The Walking Dead season 10, but only for “a handful of episodes.” Season 10 will reportedly be Gurira’s last, but the character may still return in The Walking Dead universe. According to THR, it seems that Michonne will reappear in the three Walking Dead TV movies. It’s possible that Gurira’s departure is connected to the actress’ status as a rising star in Hollywood, with roles in blockbuster films like Black Panther and Avengers: Infinity War.

The Walking Dead airs Sundays at 9 p.m. ET on AMC. The series returns for the second half of Season 9 on February 10.