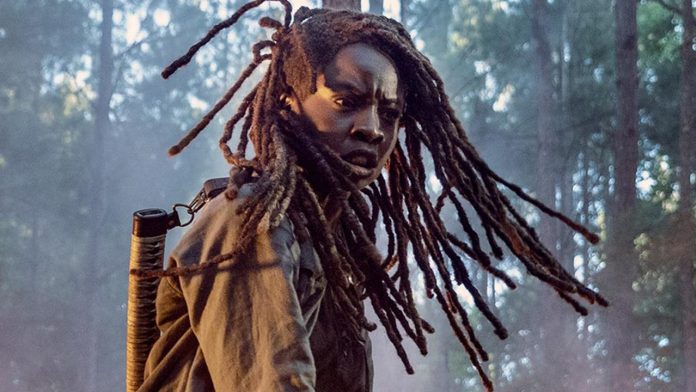 The image features Michonne taking her blade to a fallen zombie, with a raging fire blazing in the background.

“One of the things that we have going on this season is, we’re continuing some explorations of natural elements and how they play into our world,” showrunner Angela Kang told Entertainment Weekly. “And fire is one of those elements that come into play in a few key ways that twist the story in a way that will be pretty exciting.”

Kang naturally isn’t giving much away about what specifically is going on with Michonne in the above image, but it appears the character is in a lot of trouble. Michonne, of course, is very good at getting out of trouble using her trusty katana. Somewhere along the line though, something must happen to Michonne that leads to her departure from the show.

Of course, just because Michonne is leaving The Walking Dead, that doesn’t mean fans need to necessarily say goodbye to the character. Rick Grimes departed the series without dying and is expected to return in a series of Walking Dead movies being developed by AMC. As for season 10 of The Walking Dead, very little is known about what is expected to go down, but no doubt The Whisperers will be in the thick of things again, and no doubt the show will introduce a bunch more new characters

AMC’s The Walking Dead returns for its 10th season in October.