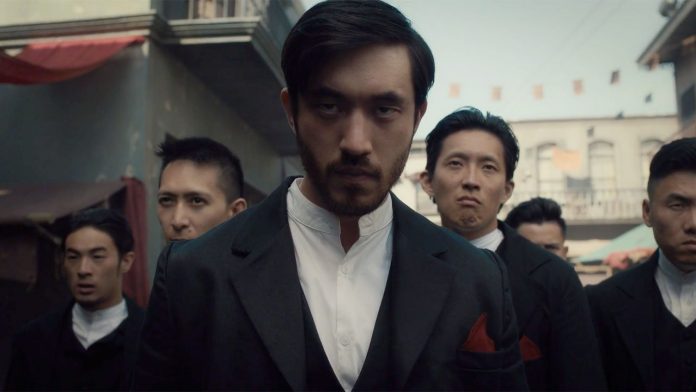 The creators of Warrior, a Cinemax Original TV series based on the original material written by Bruce Lee, shared how they did not want to impersonate the martial arts legend in the series.

The series premiered last week and starred Andrew Koji as Ah Sahm,  a Chinese martial arts prodigy who moved to San Francisco and became a hatchet man for the most powerful tong in Chinatown. Ah Sahm’s personality resemble the confidence of Bruce Lee. However, Koji’s acting experience from Fast & Furious 6 and The Wrong Mans has allowed him to contribute a trait that is distinctive and fitting for this series.

During an interview with Screen Rant, creator Jonathan Tropper shared how they decided that a Bruce Lee impersonator would not be appropriate for the lead role:

“What we decided going in were two things. The first thing is we weren’t looking for a Bruce Lee impersonation.

We felt that we would only lose trying to do that. It’s a losing proposition to get someone who’s going to have the grace and the charisma and do matching echoes of Bruce Lee. Instead, we wanted to find someone who brings his own character to it and find ways to pay homage to Bruce Lee doing that. So we ultimately made the decision, we’d rather get a really good actor who needs to be taught martial arts, than get a great martial artist who would be taught to act.

We then went around the world looking at great Asian actors who could portray Ah Sahm. Actually one of the last guys we saw was Koji who is from England and he didn’t look like what we had been expecting. He didn’t approach the role like what we had been expecting but in pace, there was this raw energy and charisma and darkness that we all just kind of looked at each other and said, ‘This guy’s really got something.’ And we flew him in to see it in person and to throw some curveballs at him and we just felt this guy’s a leading man… and we then built the character around him.”

Executive producer Shannon Lee also shared her thoughts about Koji’s approach to his role as someone who would resemble her father. According to Shannon, the actor was not a great martial artist but had experience with onscreen presence:

“All I can say is that Andrew [Koji] really came in owning the role. He had this great soulfulness to him, and we were actually a little concerned about whether he could do the martial arts well because he was not the best martial artists that we saw. But more important for us was ‘Could he impart the spirit and essence of the role?’ And of course we made him go through the paces of showing us what he could do physically. And then as soon as he was hired we were like, ‘You need to start training right now.'”

He does a great job by the way. He had taken martial arts. He just hadn’t done it in a while, and he was very athletic and physical and had done some stunt work and stuff like that.”