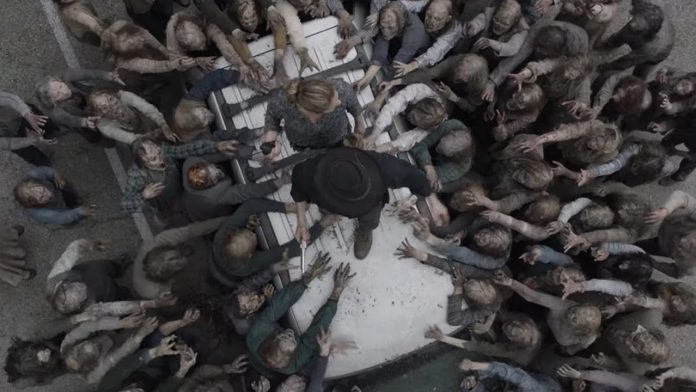 The trailer itself offers up a good look at some of what’s to come in the second half of season 5, but it mostly focuses on the survivors themselves and what a unique group of characters they have become. The result is an oddly charming look at the day-to-day lives of some survivors, set to the tune of ‘I’d Really Like to See You Tonight’ by England Dan & John Ford Coley.

“Fear the Walking Dead has been renewed for a Season 6,” showrunner Scott Gimple revealed during the Friday panel. “There’s a big secret about TWD universe all these years. All along, there have been other civilizations that survived the apocalypse. We’re about to show a lot more of the world in a bunch of different projects. We’re working on another series now about young people who grew up behind walls in a first-world situation compared to what we’ve seen. These kids could stay where they grew up but instead, they leave while being pursued by their adult friends.”