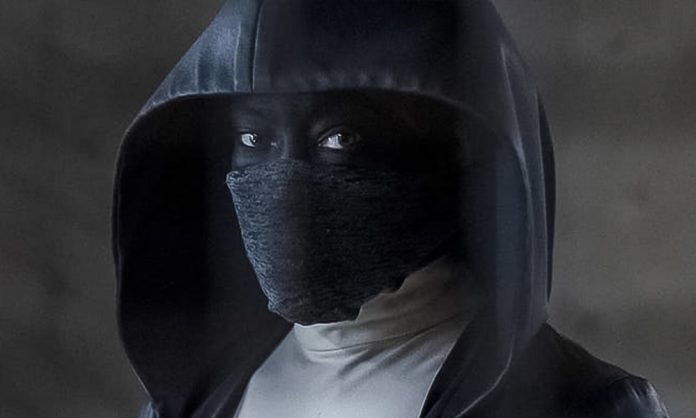 HBO released the first Teaser Trailer and Photos for the new series Watchmen.

HBO also released a synopsis for the series:

“We are no one. We are everyone. And we are invisible,” a man wearing a Rorschach mask says while surrounded by similarly masked acolytes. Then, as the sound of a ticking watch grows increasingly louder, we get various glimpses of the series’ dystopian setting.

The clock is ticking faster and faster as the world escalates toward destruction in the first teaser for Watchmen, HBO’s new miniseries based on the hugely popular graphic novel by Alan Moore and artist Dave Gibbons.

The Watchmen series will premiere in the fall of 2019 on HBO.