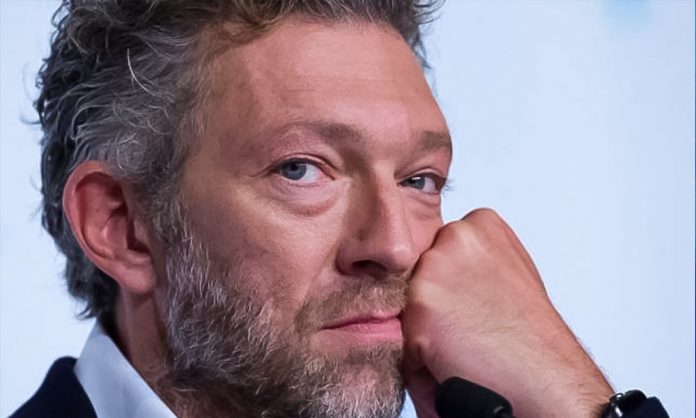 HBO has signed on Vincent Cassel to Westworld for season 3. The exact nature of Cassel’s role on Westworld is being kept secret. This is par for the course like most things “Westworld.”

He joins previously announced Westworld season 3 cast members Lena Waithe and Aaron Paul. Production recently began on Season 3 and the show is not expected to air again until at least 2020.

Vincent Cassel is known for his starring role in Mesrine Part 1: Killer Instinct and Mesrine Part 2: Public Enemy #1. His previous credits also include Black Swan, Ocean’s 12, and Eastern Promises. He will be seen next in Underwater directed by William Eubanks.

Westworld is based on the Michael Crichton film of the same name. It was created for television and executive produced by Jonathan Nolan and Lisa Joy. J.J. Abrams and Ben Stephenson of Bad Robot Productions also executive produce along with Richard J. Lewis and Athena Wickham. Nolan and Joy’s Kilter Films and Bad Robot produce in association with Warner Bros. Television.

It’s almost been a year since the season 2 finale of Westworld aired. Season 3 will return 2020. HBO didn’t specify an exact date. So that’s two whole years we’ll have waited for the third season of the most complicated show on television. In which time we’re going to have keep reminding ourselves who’s a robot and who’s not.