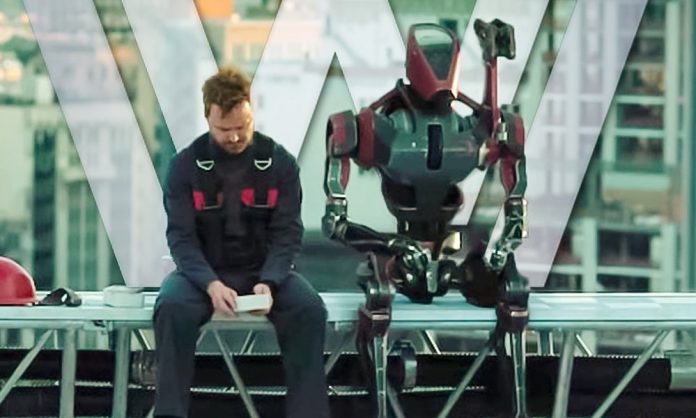 The first trailer for Westworld season 3 debuted ahead of the Game of Thrones series finale. It introduces Aaron Paul’s character in a world a long way from the park.

Marshawn Lynch, Lena Waithe, and Kid Cudi are also revealed among the cast of Westworld season 3. They leave the park behind and it takes place in the high-tech future outside of Westworld. The trailer cleverly conceals the show it’s promoting until the very end. Aaron Paul’s character comes across a blonde woman in a tunnel who appears to be injured. He offers her help and she looks up to reveal… it’s Dolores!

The HBO series centers around a futuristic world where civilization has developed high-end artificial intelligence. However, those robots have started to turn against humanity, led by the cold yet brilliant Dolores. The previous season of the show ended with Delores (as well as her more benevolent opposite number, Bernard), escaping into the real world.

There are several glimpses of Dolores throughout the trailer, first in a gold dress and then later wearing the little black dress she’s in at the end, shooting people in the street. Based on this trailer, it seems as though Aaron Paul’s character is dissatisfied with the current state of the world, and may well be interested in helping Dolores achieve her goal.

The third season of the series will air sometime in 2020.