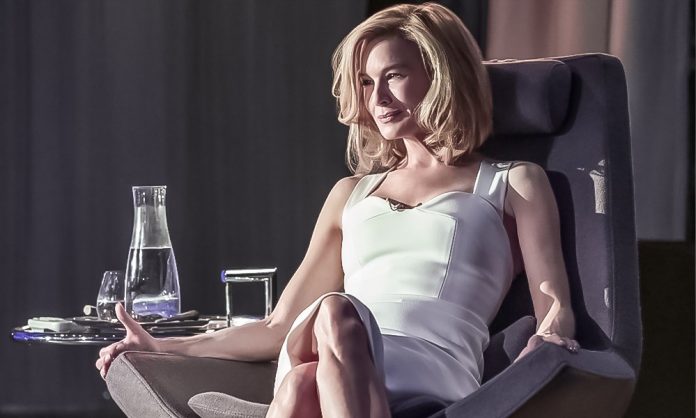 With an Academy Award winner in the lead role, the series’ tone feels familiar that’s because What/If hails from Revenge creator Mike Kelley. He takes a similarly soapy approach to what looks to be a seductive and accessible thriller.

The trailer spells out what the show’s story is, positioning Levy’s Lisa as an entrepreneur in need of funding. She happens to be offered just that by Zellweger’s Anne Montgomery, a powerful venture capitalist. The only catch is, in exchange for the capital, Anne gets a night alone with Lisa’s husband Sean (Jenner).

The series demonstrates the lengths to which Netflix is willing to go in order to be the primary source of entertainment for everyone. A likely Zellweger-less version of the drama would have been right at home on ABC just a few seasons ago. But now with the Netflix  Originals sheen on it, What/If may find itself appealing to a much wider audience.