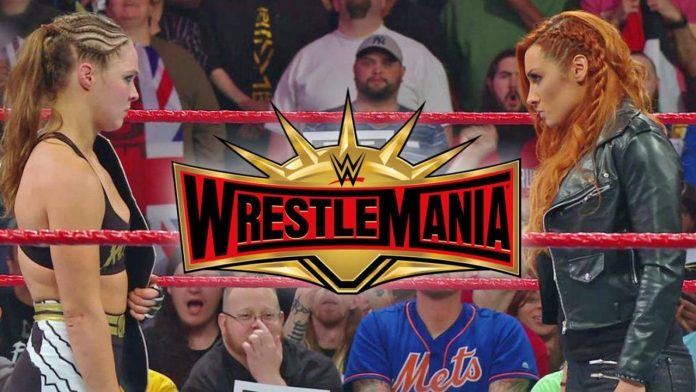 With tensions rising between Charlotte Flair, Ronda Rousey, and Becky Lynch, WWE fans have been wondering whether WrestleMania would have the women main event.

A new poster released by WWE confirms that the main event will feature the triple threat in a historical Raw Women’s Championship match that will be marked as the first-ever women’s main event in WrestleMania history.

Since Ronda Rousey, former female UFC champion, joined WWE, she has been shaking up the wrestling scene with her raw talent and experience. She will be facing Becky Lynch (the hottest name in wrestling) and Charlotte Flair (daughter of wrestling legend Ric Flair) for a chance at the title.