“Lodge 49” star Wyatt Russell has joined the cast of the Disney+ series “Falcon and the Winter Soldier.”

Rising star Wyatt Russell has signed on to join Anthony Mackie and Sebastian Stan in Marvel’s Falcon and the Winter Soldier series, it was announced Friday at Disney’s D23 Expo.

Created in 1986 by writer Mark Gruenwald, in comics Walker started out as the somewhat buffoonish villain Super Patriot, a reactionary fanatic determined to replace Captain America as the heroic symbol of America. Later on, he becomes a government sanctioned superhero who for a time is appointed as the new Captain America; he later steps down and eventually assumes the identity of U.S. Agent. In his different incarnations Walker is depicted as someone whose moral code frequently comes in conflict with his reactionary politics or his willingness to do whatever he’s ordered to do.

“Captain America: Civil War” actors Emily VanCamp and Daniel Bruhl are also expected to join Mackie and Stan on the Disney+ series, reprising their roles as Sharon Carter, the niece of Hayley Atwell’s Peggy Carter and the villainous Zemo.

Wyatt’s casting was one of several big Marvel announcements made at the presentation on Friday, along with news that MCU alums Kat Dennings and Randall Park, as well as Kathryn Hahn have joined the cast of the streamer’s “WandaVision” series and that Marvel has greenlit three new shows for the service, “Ms. Marvel,” “Moon Knight” and “She-Hulk.” 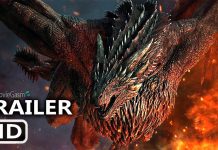