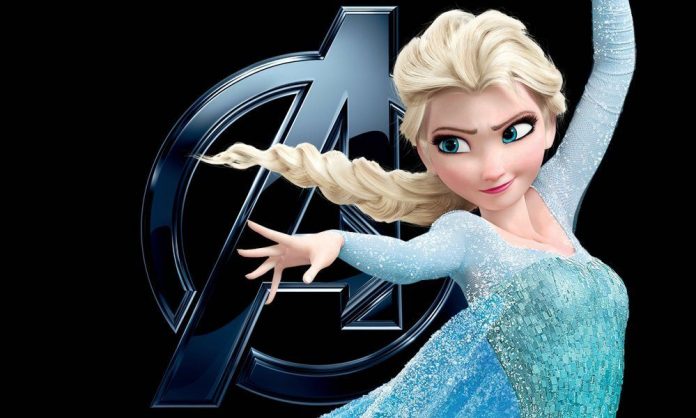 Most Disney fans would agree that Wednesday morning’s surprise Frozen 2 trailer was nothing short of fantastic. However, adding the theme music to The Avengers makes it even exceptional.

Yes, it sounds kind of crazy, but take a look because it actually works. The trailer for Frozen 2 created a much more somber world than the first movie, teasing a dangerous adventure for the main characters. It sort of felt more like a Marvel movie than the a Disney Princess flick anyway, the change in music just takes things another step forward.

Via Twitter user Jeeves Williams, comes a version of the Frozen 2 teaser with Alan Silvestri’s rousing theme music from The Avengers. And it works … absolutely perfectly? It’s kind of astounding, take a look at the tweet below:

The teaser trailer for Frozen 2 doesn’t give away too much about the plot of Frozen 2, though whatever is going on in Arendelle has sent the older Anna and Elsa – and their trusty friends Olaf and Kristoff (Jonathan Groff), along with his reindeer Sven – on an adventure. In the trailer we see Elsa traversing the sea, Anna scaling a mountain, and the entire group traveling across a fjord. What sends them on this mission is still unclear, but perhaps it has something to do with the impending winter – the trailer makes it clear Frozen 2 takes place in the autumn, after all.