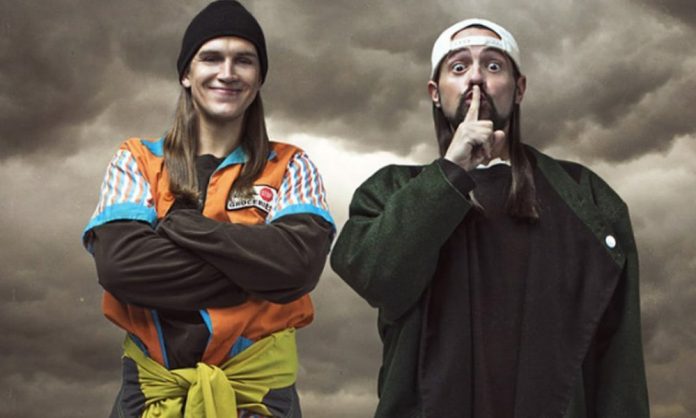 Writer-director Kevin Smith announces that filming on the long-awaited Jay and Silent Bob Reboot has wrapped.

In the reboot, Jay and Silent Bob are once again out to stop Hollywood from exploiting their creation, as someone now wants to reboot Bluntman and Chronic.

Smith announced on Twitter that the film wrapped after 21 days of shooting, while also reminding everyone that Clerks — Smith’s debut film, which also served as the first appearance of Jay and Silent Bob — was shot in the same amount of time. Smith also took the time to thank the cast and crew of the film, especially his co-star Jason Mewes, who plays Jay to Smith’s Silent Bob, and referred to the film as his magnum opus.

Released in 2001, Jay and Silent Bob Strike Back was the first cinematic entry centered on the exploits of Smith’s stoner duo, who were first introduced in the director’s debut feature Clerks. In the film, Jay (Jason Mewes) and Silent Bob (Smith) traveled to Hollywood to prevent their Bluntman and Chronic comic book from being made into a movie, encountering many strange and hilarious adventures along the way.